I was going through old papers, and came across these photographs, the first R ever took, as a boy, using a borrowed box camera. As it happens, when I was a child my mother gave me the box camera she had used as a child - seeing these photographs I groaned at the thought of my own efforts: 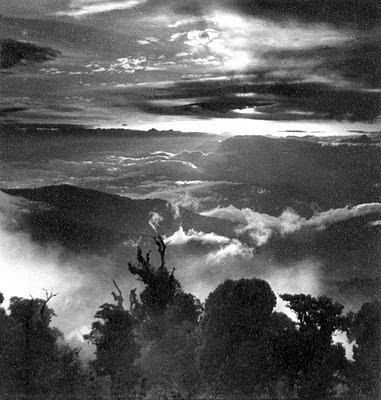 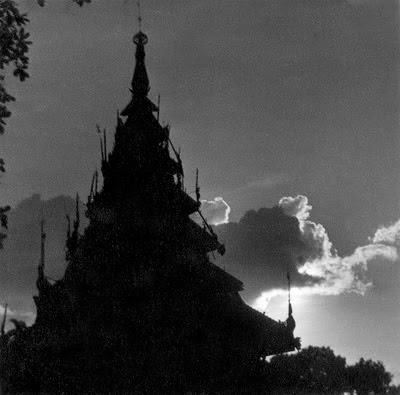 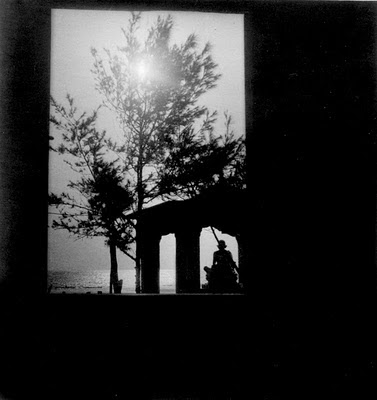 Gandhi Statue from window of the police chowki,
Juhu, Bombay (1953) 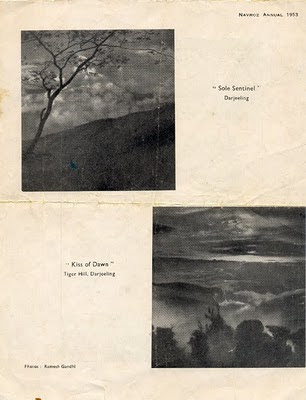 Two of his photographs were published in Navroz, a Parsi magazine based in Calcutta, in 1953, with an article about Darjeeling. When he went with a posse of his classmates to collect the promised payment of Rs. 5, they were told that they should go away, and be happy that he had gotten his pictures in print at such a young age.

R entitled his picture of Tiger Hill "Kiss of Dawn"; but because of his strong Gujarati accent, his friends heard it as "Keys of Dawn." It was only when they saw the name in print that they realised what the name really was. Apparently no one wondered what "Keys of Dawn" might signify.


(Photographs by Ramesh Gandhi -- his website: www.rameshgandhi.com; his blog: http://rameshgandhi.blogspot.com)
at 25.8.10 3 comments:

I commune with my weeds

It was raining when I came downstairs. The air was beautifully cool. I don't go into the garden very often: I look at greenness from inside. Heat and insects usually defeat me. Rain is a sound first, and then a picture, framed by windows. But this morning I was so entranced by the changed air that I unlocked the door and went out to the verandah. 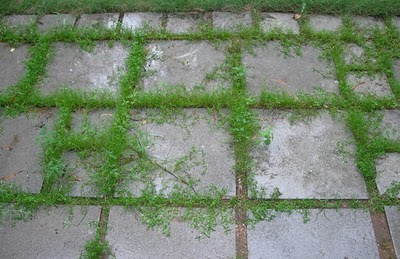 I heard rain, and one cat, plaintive - in heat? hungry? A few subdued crows.
We haven't had a gardener for several months, and weeds have elbowed out the grass between the walkway stones. They have become beautiful in their variety and, in the saturated air, intensely green. 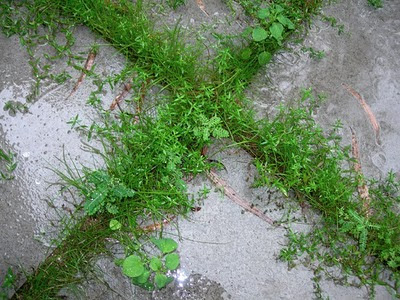 My thoughts have been so inward lately, it was a delight to look and listen without the pane of glass in between; to move outward into a simple space: a ragged green garden. I sat in a cane chair drinking coffee, and wrote a little, by hand, with a pen, on paper. 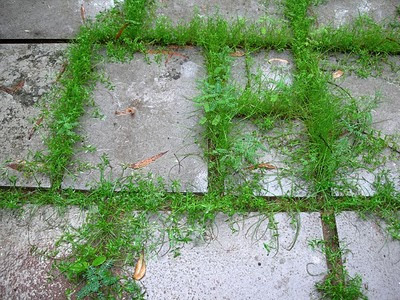 I brought out my camera and took pictures of the weeds. I wanted to lie on my stomach and shoot them from ground level, so that they would look like thick jungle; but the ground was sodden, and I was afraid for my camera. I decided to wait until the rain stopped and try again. But an hour later I saw that the new gardener, who began work today, had decided for all on his own that the very first thing he should do was to clear away all the weeds: he scraped them down to bare dirt.

This is their memorial, until they spring forth again.
at 19.8.10 6 comments:
Newer Posts Older Posts Home
Subscribe to: Posts (Atom)