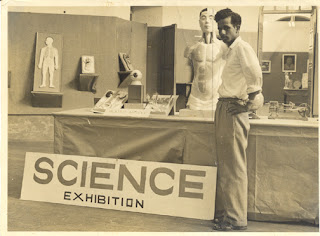 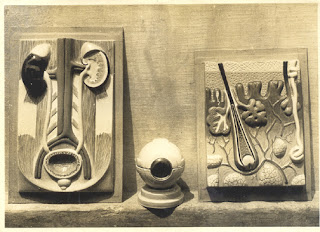 I recently finished reading Vinod Joseph's first novel, Hitchhiker, published by Books for Change, Bangalore. Its protagonist is Ebenezer, a young man from a family of Dalits (once known as Untouchables) who have converted to Christianity in the hope of shedding the stigma of their low caste. He wants to get an education that will enable him to leave behind the suffocation of lowest social status in a small town. The novel sees him through a series of trials (including re-conversion to Hinduism) which leave his future very uncertain.

I stuck with this book in spite of the depressing course of Ebenezer's life because the book appeared to be such an accurate reflection of life in a village in Tamil Nadu, far from the big city where I live; and of the outside world at the time that the action is going on. It's full of tiny details about the local church, the way people eat, the things they must do to try to get ahead. I felt the heat, the sweat on my forehead, smelled the food and its oil on my fingers at these points in the story.

The book talks (at too much cost to the flow of the story, I'm afraid) about caste politics in Tamil Nadu, about the IT sector, about high caste violence against low caste. I found much of it to be told as if from a distance -- a scene of rape, for example, seemed narrated as if it were obligatory, without getting me into the head of the victims. In the end I read the book as a document of a part of life here of which I've heard, but with which I have had no direct contact.

I think the author will be able to expand and grow as a storyteller when he less less of a social burden to carry; but this book can be read as what seems to me to be an accurate picture of a particular life which could hardly be farther away from those of most of its readers.

There's an interview with Joseph on The Great Indian Mutiny.
at 12.3.07 2 comments:

I was looking for a transliteration of an Urdu poem by Faiz Ahmed Faiz, and found it; but then I found this also, and it was amazingly beautiful -- from The Wondering Minstrels :

Each star a rung,
night comes down the spiral
staircase of the evening.
The breeze passes by so very close
as if someone just happened to speak of love.
In the courtyard,
the trees are absorbed refugees
embroidering maps of return on the sky.
On the roof,
the moon - lovingly, generously -
is turning the stars
into a dust of sheen.
From every corner, dark-green shadows,
in ripples, come towards me.

At any moment they may break over me,
like the waves of pain each time I remember
this separation from my lover.

This thought keeps consoling me:
though tyrants may command that lamps be smashed
in rooms where lovers are destined to meet,
they cannot snuff out the moon, so today,
nor tomorrow, no tyranny will succeed,
no poison of torture make me bitter,
if just one evening in prison
can be so strangely sweet,
if just one moment anywhere on this earth.

(The beauty and clarity of this translation became even more apparent when I compared it to the one by Shiv K. Kumar in my copy of Selected Poems of Faiz Ahmed Faiz, which begins: "From the sinuous pathways of evening stars / the night climbs down, step by step...")