After I posted an article about Neelambai, a hijra / eunuch who was killed in Delhi recently, I started hunting around for information about hijras on the Net. I found more than 1,600 links, testifying the fascination of these in-between people.

One link which was interesting and surprising to me, was The Mystery of the Threshold: Ali of Southern India by Ulrike Niklas, about eunuchs in Chennai. I had thought of hijras as being a primarily northern Indian phenomenon, but apparently they have a long tradition in the south as well. One of the alis, as they are called in Tamil, mentioned in the article, was a priestess of a temple of the goddess Angalamman. 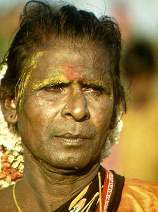 Here are a few other links:

The Hijra Community, an article and a glossary of terms 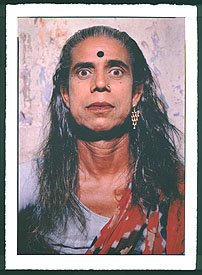 Hijra: the Third Gender in India -- from Takeshi Ishikawa: The Works on Hijra, with portraits 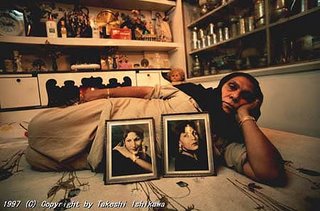 Photo Essay by Anita Khemka - MUNNA GURU-Portrait of a Eunuch

The Eunuchs of Pakistan by Dennis Drenner - with a photo essay 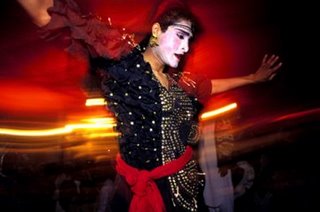