In February, my husband, Ramesh Gandhi, died after a long illness -- heart failure, which stemmed from a prolapsed mitral valve.

In March, the Coronavirus lockdowns began. Most people, at least here in Chennai, believed that in a month or so, things would get back to normal. I started a blog with my sister, called Occasional Fabrications . I began a Lockdown Diary. Then our exceptional circumstance became the way the world was, so I stopped.

Now, I would like to come home to this blog, which was a source of happiness to me for years.  I will begin with the announcement which I posted on my husband's blog, Ramesh Gandhi, of his death: 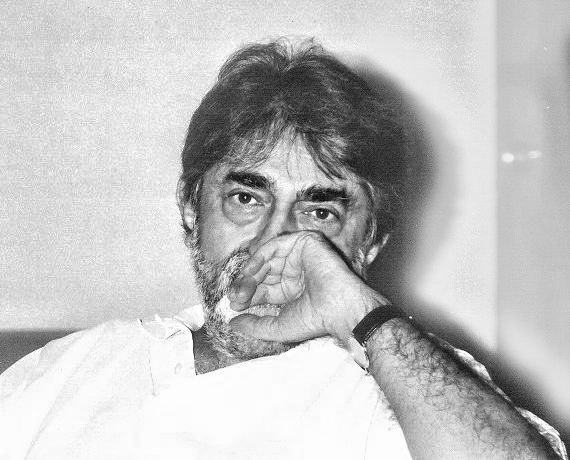 (2003)
I am Nancy Gandhi, Ramesh Gandhi's wife. On 22 February Ramesh, who had been suffering from heart disease for the last five years, was finally unable to draw even one more breath. At the end, he slipped away silently in the afternoon, asleep. He died at home, as he wished, and he was cremated the same night without any rituals, which was also his wish.

A couple of weeks earlier, before he lost the ability to speak, his sister-in-law, Charu, had asked him, "Bhai, are you dreaming?" and he said, "I have so many stars to count."

His primary interest was in metaphysics, but he had many talents. He was a poet, a beautiful photographer. He was human, flawed, wise. He was quick-witted, funny, depressed. He had seen enough of the world, he was ready to leave.

I will close with a statement which he wrote about himself, many years ago:

"I look at the world. I look, distancing myself, so that somehow in that looking I might see the world as a microcosm of the universe, and thus identify myself with the universe and see my being, fragile, defective, transient, incomplete and fore-doomed, in relation to it. But no matter how far my mind and perception soar, the ultimate limit of physical detachment remains the length of the umbilical cord which ties me to a life, environment, conditions, of which I am no longer a part, and with which I have no pending business. What am I doing then? Why am I not releasing myself from the life-sustaining bond which at the same time strangles me, binding me to environmental attitudes which are alien to me, and situations with which I cannot cope."